We can expose corruption and wrongdoing

Our software for running Freedom of Information websites. It’s currently powering websites that help people in 25 jurisdictions to submit FOI requests and publish the responses. Between them, these sites have processed and published over 100,000 requests this year.

“The WhatDoTheyKnow.com service helps tackle some of the scourges in our society including political spin and fake news. I volunteer because I want to see this hugely valuable service survive, and thrive.” 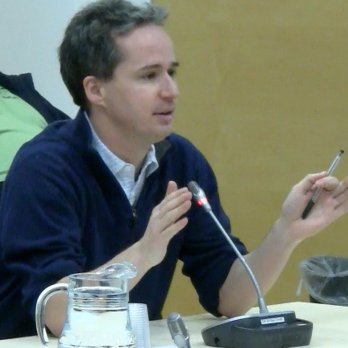 WhatDoTheyKnow, our own UK site for making and publishing Freedom of Information requests, was launched in 2008. We celebrated the tenth anniversary with a party during which we learned that:

“I’m proud of the work we do. Quite often when I talk about it to people I meet, their faces light up, and they say ’I’ve used that loads!’.” 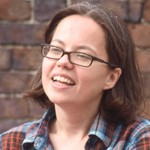 “I love that we’re working towards a society where power is more balanced.” 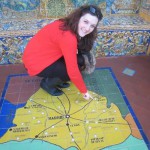 Serendipity! The stars aligned, and WhatDoTheyKnow processed its half a millionth request… on International Right To Know Day.

500,000 requests on @WhatDoTheyKnow - an amazing milestone reached and on #RightToKnowDay as well. Could not have scripted it better. https://t.co/cLeFbVyq7G

At the 10yr birthday party of @mySociety's @WhatDoTheyKnow platform and am reminded of why we should never take #foi law for granted. It remains the best platform for submitting foi requests and sharing responses.

Thanks for providing such a great FOI resource for 10 years. Immensely helpful to many, including journalism students learning how to FOI fly

It's great to see @mySociety's wonderful @WhatDoTheyKnow thriving after ten years. I'm proud to be one of the people who originally suggested it. https://t.co/MwWOlo42GS pic.twitter.com/AyVoIXhWeF

WhatDoTheyKnow Pro makes everything easier for professional users of Freedom of Information. 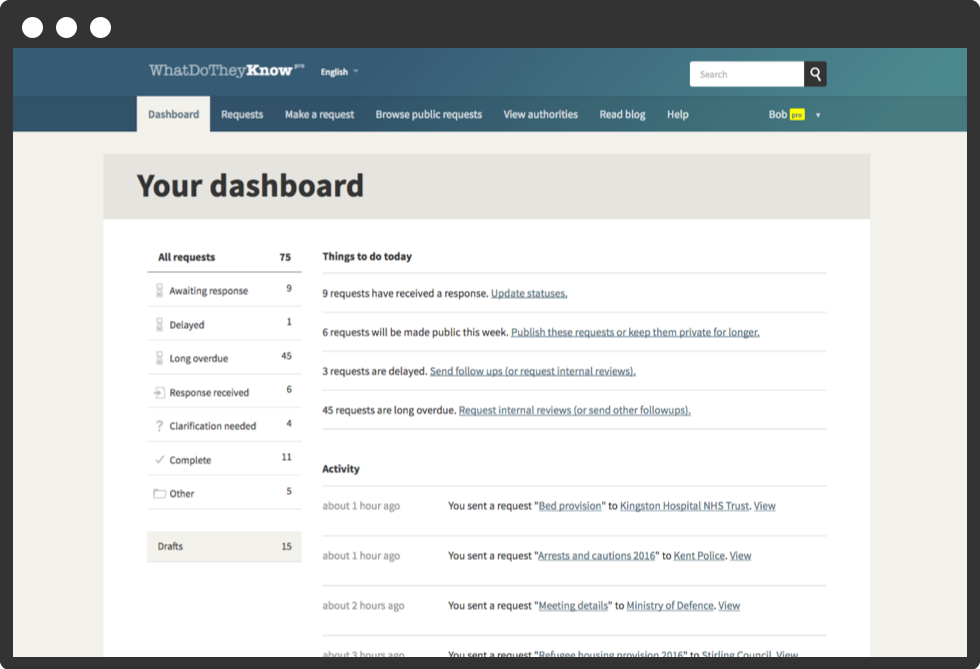 After a year of research-based development and with support from Google Digital News Initiative, it’s now open to users on subscription.

“I’m really proud to see WhatDoTheyKnow Pro being used for genuinely impactful stories, and adding facts to the debates around Brexit.” 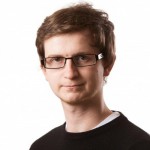 And as part of our 10th anniversary celebrations, we picked 50 news stories made possible by WhatDoTheyKnow. 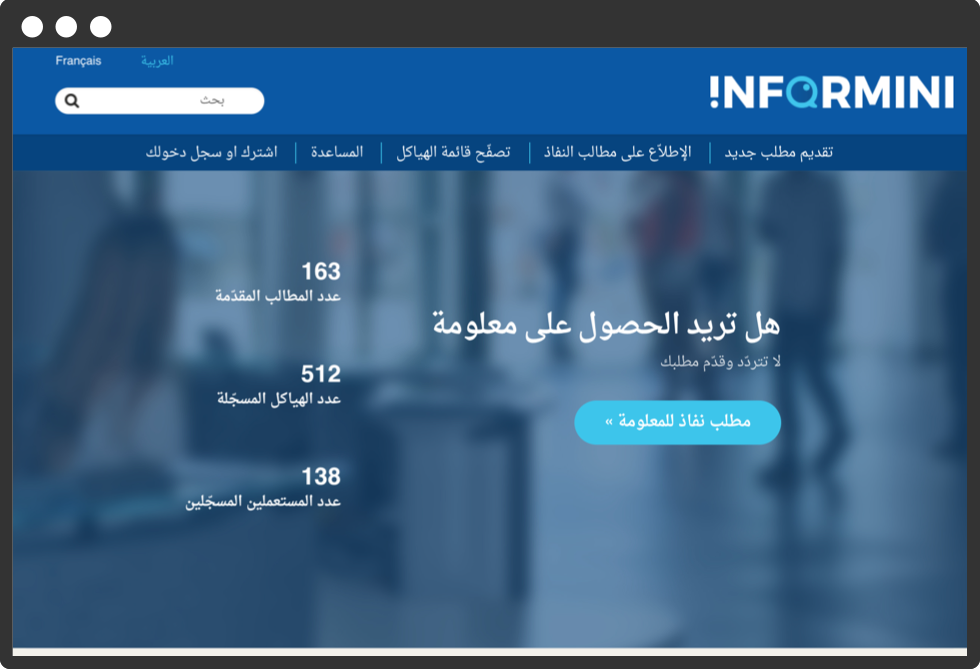 A huge welcome to Informini, the latest site to be run on our Alaveteli software, opening up the Freedom of Information process for the people of Tunisia.

We wanted to ease the FOI process for those receiving requests, as well as the people making them. 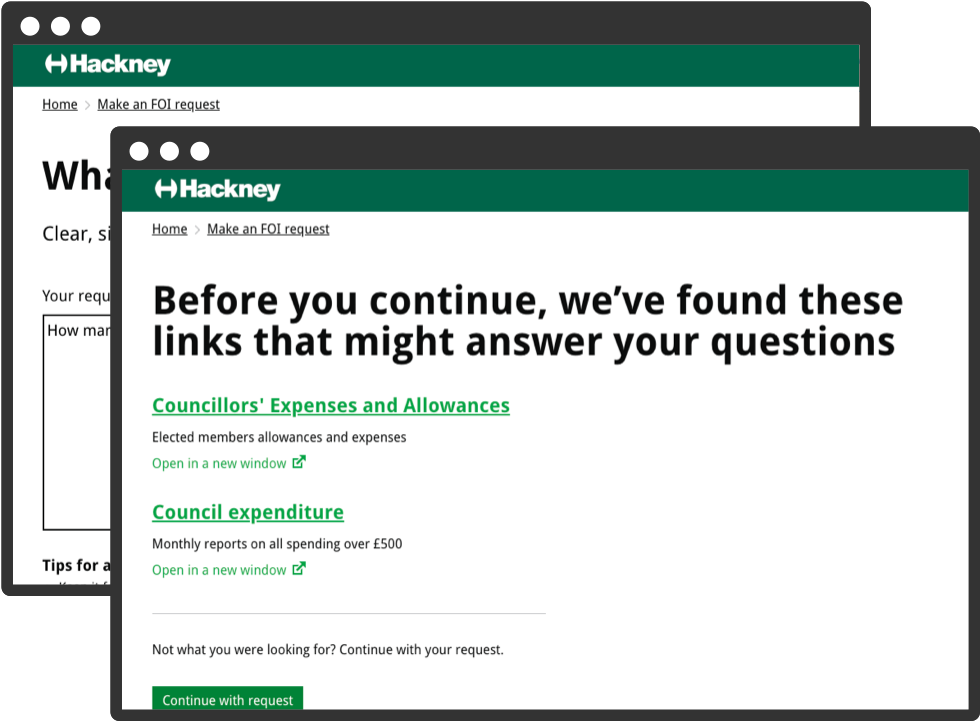 So we worked with Hackney Council to understand what problems they commonly faced in the FOI process… and here’s the result: a front end that helps citizens make better requests, and tells them if the information’s already out there.

Early indications are that it’s already removing the need for 4.3% of requests, where users are shown that the information they’re about to ask for is available elsewhere.

We updated our FOI mini-site — on which you can explore Cabinet Office statistics in comparison to numbers from WhatDoTheyKnow — with the latest available statistics.

Show me the impact

After several stories based on requests made through through WhatdoTheyKnow Pro, Vote Leave’s alleged misspending was investigated by both the Electoral Commission and the Police, and mentioned in Parliament.

Unlock Democracy used the findings to underpin their Follow the Money campaign to change election law.

And while FOI didn’t have a direct link to Facebook’s release of targeted ads in an investigation of referendum meddling, it was definitely set in action by those original requests.

Campaigners uncovered the truth behind the contaminated blood scandal that led to a group legal action against the government.

Failures in the handling of disability benefits were uncovered by a persistent user, resulting in questions in Parliament.

We submitted evidence to the consultation on the FOI code of practice.

Help us with our work in Transparency Donate now

“It was an honour to meet John Githongo, possibly one of the most famous whistleblowers in Kenyan history and the subject of this book.”

“Claude, who runs the Belgian Alaveteli FOI site, orchestrates all sorts of cheeky stunts to highlight corruption and secrecy in his country’s government. And his positivity is very inspiring.” 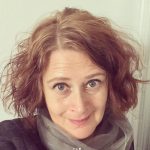 Batch requests so WhatDoTheyKnow Pro users can submit requests to several authorities at once – responsibly!

New features for everyone running an FOI site on Alaveteli, with the latest version release

Next up: Adventures in democracy →